Between the cross I have in my house and the endless amount of rosaries I’ve collected – I’m not super reserved about being Catholic. With the recent tragic news of priest sexual abuse some people have asked me, not why I’m a Christian but of all the Christian churches out there, why Catholicism? Of course, there are thousands of reasons I chose to be Catholic, but these are just a few highlights I wanted to share.

1. The Catholic church was the only one that didn’t pressure me to join.

When I was 7-years-old, I was swinging on my elementary school’s playground swing sets when it suddenly occurred to me that God was real. I wasn’t raised in a religious environment, but my parents were both inactive Catholics. They had a gigantic Catholic family Bible, a few rosaries and crucifixes which I, of course, was curious about as a child. I learned about God through my endless questions and curiosity and through other people as well like my Grandma. But none of what I heard about God really resonated with me until that one afternoon while I enjoyed my favorite past time.

I know it sounds ridiculous but swinging back and forth as fast as I could with the wind blowing my hair all over and the Arizona sun beating on my face, I looked into the sky that afternoon, and I just knew, in my heart, that God was real and he was calling me to him.

I told my mom what I felt and, bless her heart, she went in search of a church I might like. I went to several Sunday School programs for my age group none of which felt quite right. Actually, I felt like a total outsider at all of them. Technically, I was an outsider but none embraced that warm welcoming feeling you’d expect from a church environment. I was a shy and observant child who felt uncomfortable meeting all these new kids by myself.

Then my parents retired two years later and moved our family to a small town in the White Mountains. I went to practically every church they had there – the Baptist church, which was the most popular among most of my friends, the Lutheran church, some church off the highway I actually don’t remember the name of, and a few more. Nothing felt right, and it bothered me that all of them asked me, after a mere month or so of attendance, when I was thinking of being baptized. I know they had the best intentions, but I wasn’t about to make any quick decisions.

I started going to the local Catholic church after a friend moved into town and invited me to join her and her family after I slept over at her house on a Saturday night.

I immediately fell in love with the Mass.

I went to the Catholic church for about four months before someone eventually approached me and asked, “Has anyone ever asked you if you would like to be baptized?” I told them I was interested, but I wasn’t ready just yet. Then they left me alone and let me do my own research and my own thing – no pressure. About a year later, I was baptized and received my first Holy Communion. 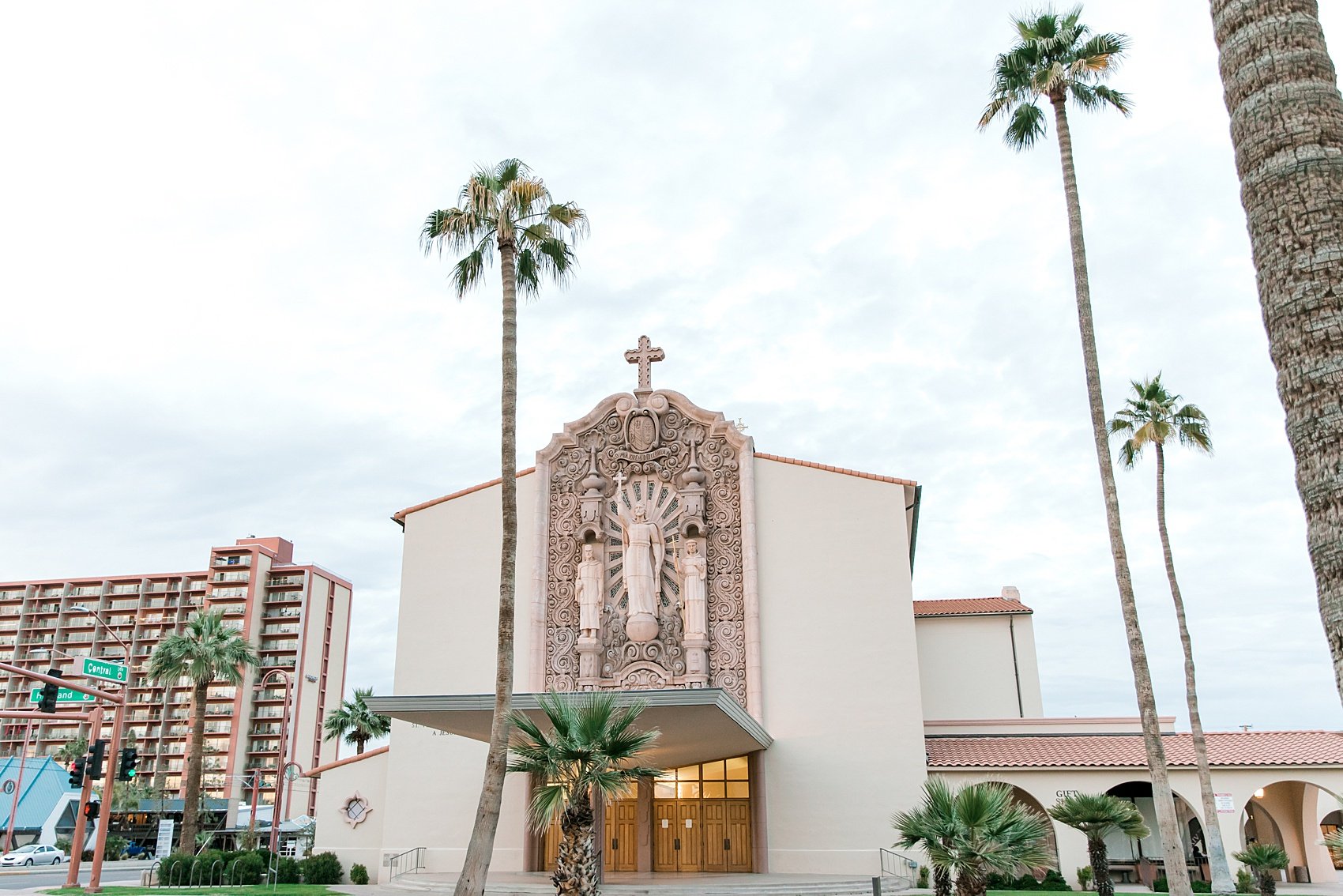 2. I love that Catholicism is historical

I’m a sucker for tradition. As I mentioned above, I immediately fell in love with the Mass. I had no idea what everyone was saying or why, but the more I learned about it, the more I felt like I was coming home. The idea that we, as humans in the modern world, can practice the same things people as far back as 155 A.D. did astounds and moves me.

When I was first searching for a church, I had a lot of questions because I didn’t know much about Christianity besides my own research.

What did the Church persecutor Paul and the Apostles see that convinced them Jesus had resurrected from the dead?

How can the rise of early Christianity be explained?

For answers to those questions plus so many more, I read a ton of books and early Christian writings. What did I find? Catholicism.

The writings indicate the church has been consistent in its teaching since the beginning especially when it comes to the real presence of Christ in the Eucharist, baptismal regeneration, the baptism of infants, and the authority of the bishops. At the beginning of the first century, Ignatius of Antioch calls the Church of Christ “catholic”. We find the veneration of saintly relics in The Martyrdom Of Polycarp. Irenaeus lists the succession of the first four popes of Rome. Tertullian explains how Christians make the sign of the cross on their foreheads. In 155 A.D., about 50 years after the final book in the Bible was written, an early church father named Justin Martyr, wrote about how Christians in this time were worshiping and their core beliefs. His account was so similar to the Mass we practice today, and I love that. 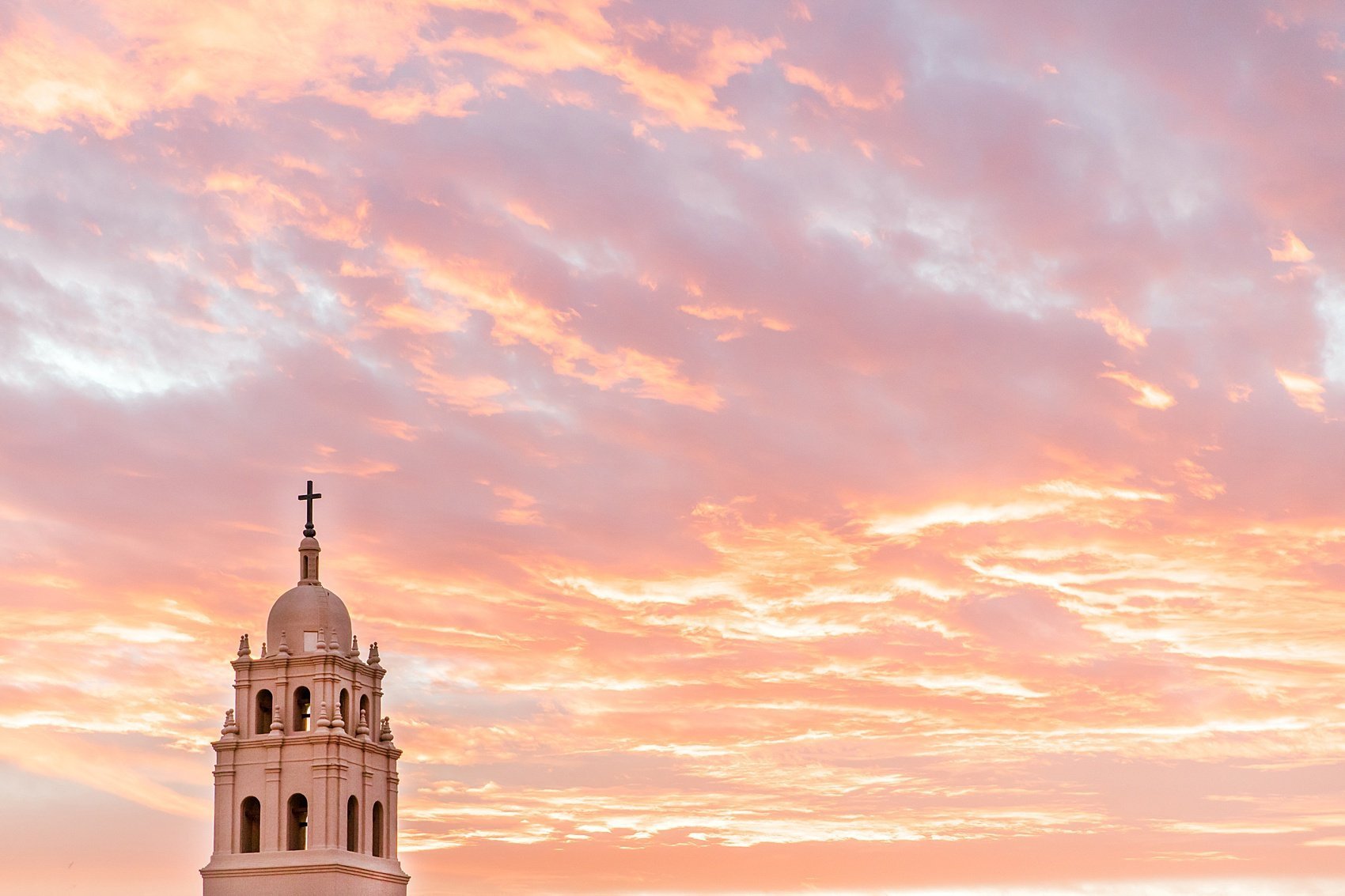 3. The real presence of the Eucharist

Catholics believe that we are saved by grace because St. Paul, under the inspiration of the Holy Spirit, says so (Eph 2:8). We also believe that we are saved by faith, but not “by faith alone” because that’s what the Bible says (James 2:24). We believe that the deposit of faith has been passed down through the Sacred Writings and also by sacred oral tradition because that’s what St. Paul taught (1 Thess 2:13; 2 Thess 2:15; 1 Cor 11:2).

One of the most important of these church/Biblical teachings to me when I converted was the fact that we believe in the Eucharist. Catholic and Orthodox Christians have always believed that the Eucharist is not just a symbol, but is truly the Body and Blood of Jesus Christ. The best place to find this teaching is John 6.

“The Jews then disputed among themselves, saying, ‘How can this man give us his flesh to eat?’ So Jesus said to them, ‘Truly, truly, I say to you, unless you eat the flesh of the Son of man and drink his blood, you have no life in you; he who eats my flesh and drinks my blood has eternal life, and I will raise him up at the last day. For my flesh is food indeed, and my blood is drink indeed. He who eats my flesh and drinks my blood abides in me, and I in him. As the living Father sent me, and I live because of the Father, so he who eats me will live because of me. This is the bread which came down from heaven, not such as the fathers ate and died; he who eats this bread will live forever” (John 6:52-58).

Jesus was not instructing us to use this language as a metaphor or symbol here. The word that Jesus uses here for “eat” is the Greek “trogon” which more accurately is translated as “chew.”

It honestly wouldn’t make sense to take Jesus’ words in John 6 symbolically, because in His time, drinking another man’s blood was like an expression that meant that man should be assaulted and persecuted. In John 6, Jesus wasn’t asking his disciples to assault him. If he was speaking metaphorically or symbolically, then this is what he would be saying.

For evidence of the expression of eating and drinking of someone’s flesh and blood metaphorically in Jesus’ Jewish culture, you can read Psalm 14:4, Isaiah 9:18-20, and 2 Samuel 23:15-17.

You could also read 1 Corinthians 11:23-29 to see how one could receive the Eucharist unworthily. If the Eucharist is only a symbol, how could one be “guilty of the body and blood” of the Lord?

Being able to participate in the gift of the Holy Eucharist each week in church, the way Jesus wanted us all to, is one of the best blessings I have ever received in my life. What a gift for Jesus to give us especially considering the many persecuted Catholics in the world who do not get to partake as well as all those who reject the literal meaning. 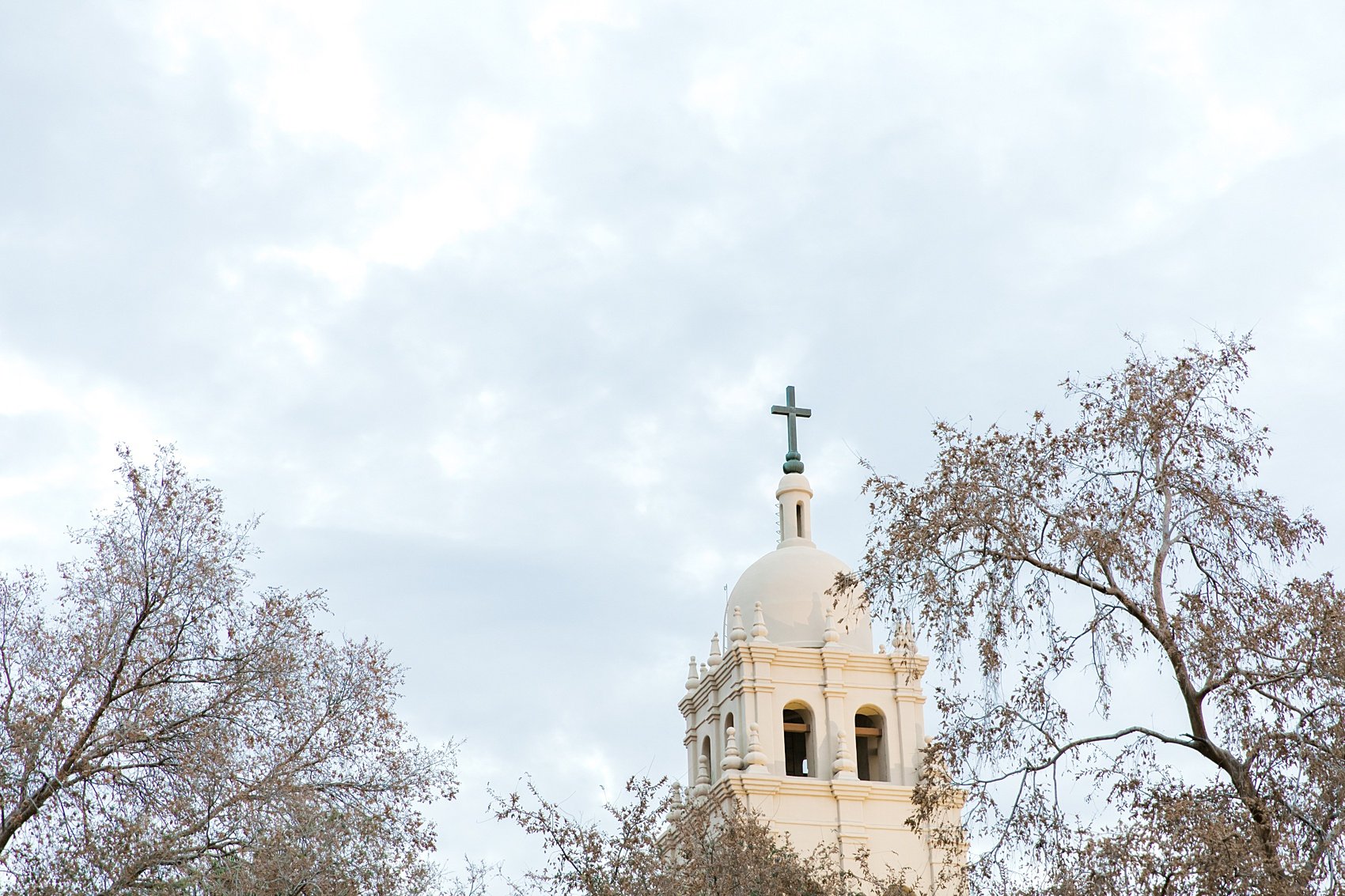 4. For me, Protestantism was lacking

This one, in a way, sums up everything I’ve written above but there are a few things I wanted to add. To preface, it’s not that I don’t believe Protestants aren’t my brothers and sisters in Christ. They absolutely are and for many of them, I have the utmost respect. It’s just that, in my own research, the mere simplicity of their beliefs were seriously lacking. This could partly be because, as Blessed John Cardinal Henry Newman noted, “to be steeped in history is to cease to be Protestant.” and I write about the importance of history to me above.

But also, the Catholic church’s teaching and emphasis on Mary and the saints made so much sense to me, and it actually shocked me that none of the Protestant churches I attended prior had really even mentioned Mary. It seems like many of the previous churches I attended didn’t find enough warrant in scripture to honor a privileged place for Mary despite the obviously close relationship between her and Jesus in the Bible. Mary is the first of the saved and the first ever saint. She was also sinless.

As for the saints, I love them! These are actual people who lived everything Jesus taught many of whom died for their faith. They are great examples for us as Christians. We all know that Jesus came down from heaven and lived as a man without sin successfully. Sometimes, it’s easy to shrug that off and think, “Yeah, but Jesus was God.” The saints were humans who ran into the same obstacles, the same sufferings, and the same trials we face despite living in a different time. They are the true leaders of the church.

5. The Catholic church was founded on a rock

Jesus makes the final authority of the Church clear in Matthew 18 and, furthermore, St. Paul calls the Church “the pillar and bulwark of truth” (1 Tim 3:15). We recognize Peter and his successors as the leader and Prime Minister of the Church because it is needed, and Jesus knew that. Every institution on earth needs a leader because people tend to disagree on things. Also, Jesus changed Simon’s name to Peter (signifying a new mission like when God changed Abram’s name to Abraham) and then gave him “the keys” and the power to bind and loose (Matt 16:18-20; Is 22). There’s no arguing Jesus gave Peter authority over the Church, and his successors (see Acts 1:20) would inherit that authority.

Jesus didn’t say there will be other churches founded by men in the future and those churches are alright as well, I guess. It’s also interesting to see that Protestantism can only continue to exist through the reapplication of Catholic teaching throughout the centuries. For example, barely a hundred years after Luther nailed the Ninety-Five Theses on the church door in Wittenberg, Germany, Lutheranism had already gone stale with its rejection of works and embrace of faith alone. The movement of Pietism arose as a reaction to this in the early 1600s with a renewed emphasis on the importance of living a Christian life (a teaching that comes from the Catholic Church). The same occurred for Calvinism with the emergence of Arminianism around the same time. Methodism would similarly rejuvenate the Anglican Church in the 1700s. The multiplication of Protestant denominations down to the present day is a desperate attempt to return to the truth of God’s word that I think can only be found Catholic Church. And that makes sense since the church was founded by Jesus himself.

And when it comes down to it, I want to live like Jesus to the best of my ability with my whole self and that includes being a part of the church he created and gave to his children.