This is the second part of Abigail’s birth series. To read the first, click here.

Shortly after I took the unknown pill, contractions were coming in strong but still inconsistently. Each hour that went by didn’t have me progressing at all. I felt like my entire body was a pressurized ocean wave as each contraction moved through me. After about an hour or so, I decided I wanted to do the epidural. I did an epidural with Karis’s labor and loved it haha. I knew I wanted to do it this time as well, but I wanted to wait for as long as possible to be sure things would continue progressing. After we got everything for the epidural set up, the nurse had me lay on my side with a peanut bouncy ball in between my legs. Then she left, and Matt and I played the waiting game again.

I’m not sure how much time had passed but I suddenly felt something odd. I felt a squeezing sensation in my pelvis and then a really hard pressure.

Matt came over and peeked underneath my blanket for a mere second before dropping the blanket and backing away.

“I don’t know what it is, but something is definitely…down there.”

For a quick second, I thought about how awesome it would be if I had just delivered the baby and imagined myself looking down through my blankets, seeing the baby and saying, “Oh hey! You’re here!”

We called the nurse who came in and inspected the situation. She informed us that I had just delivered my bag of waters which, if you’re a childbirth neophyte, is the bag that is supposed to break when characters on movies exclaim, “My water broke!”

Yep, I delivered that sucker whole. No breaking. It just came right out.

At that point, the nurse had the anesthesiologist come in to discuss turning down my epidural. They were worried that if I was on it for too long, my body would get used to it making it ineffective. At this point, it was low enough that I could still feel the contractions but they were dulled down if that makes sense. I could still feel a lot of pain that I needed to breathe through, but mostly I felt an intense pressure. About two more hours went by of this.

Then our nurse came in and said she wanted to check me once again. This time she checked me and we were close, so she said she would have the anesthesiologist come in to boost up my epidural to the normal level which is actually quite low compared to a lot of other hospitals. This was something we liked a lot about our hospital. Should an emergency occur, they would be able to take care of it. Otherwise, they try to be as natural as possible depending on your wishes as the mother. They keep the epidural level low so that the mother can still be in tune to her contractions. Once you’ve had the baby and they stop the epidural altogether, it wears off within about an hour so you don’t have to wait very long to get up, walk around and shower. The best part was that once you were moved into the recovery area, they would bring by two fancy chocolates and tea each afternoon. For those of you who have never had a baby, you’ll never understand how much that hot tea and chocolate meant to me each day. One of the days they brought it over, I got a little teary at how kind this was and how grateful it made me. Hormones, you guys.

Suddenly, my midwife came in with another woman and told me it was time to push.

“But the anesthesiologist hasn’t come back to boost up the epidural yet!?”

There was no time. It all happened so quickly and Abigail’s labor progressed rapidly in that last thirty minutes. Five minutes went by of pushing to my mightiest despite being pissed the entire time because the epidural did exactly what they were hoping to prevent. It wasn’t working! It was making it easier than it would be without it definitely. But I could feel Abigail inside of me, her head crowning and the ring of fire that came with it which was actually nothing compared to the pain from contractions. Then two other women came in which made me feel suspicious of something but I was so focused on what I was doing and what everyone was saying to me, that I couldn’t bring myself to ask what was going on. Now, I had my nurse on my left side next to my torso helping to hold my left leg, another woman by my left leg area, my midwife at the end of me, another woman by my right leg area and Matt on my right side across from my nurse. All the women except for my nurse and my midwife started to get very encouraging in an almost loud way telling me I could do it and to, “Push!”

My midwife told me I no longer needed to wait for contractions to push; I just need to continuously push as much as I could. I collapsed back on to the bed and told her I couldn’t. I felt so discouraged that this was absolutely not how it was supposed to happen (at least in my mind) and how much harder it was this time compared to my labor with Karis. Then my midwife yelled at me and told me to push – RIGHT NOW! I looked at Matt with the glaring-est of glares I could manage to send him a silent message through my eyes telling him to tell those women to STOP YELLING AT ME! I seriously couldn’t understand it. Like, why would you raise your voice?!

He knew exactly what I was trying to communicate. We’ve photographed weddings for years together. I can give him a certain look during the ceremony and he knows it means, “Please move 15 inches to the left.”

But he just looked at me, softly smiled and calmly said, “Come on, Michelle. You need to push.”

So, I did. All I needed was for Matt to believe I could do it. That’s actually all I ever really need when it comes to anything I do – for Matt to believe in me. The amount of time it took me to push her out from start to end was 11 minutes. I already felt like the whole experience was kind of odd with having delivered the bag of waters and then the nurses and midwife yelling at me. But things continued to get more weird as time passed. 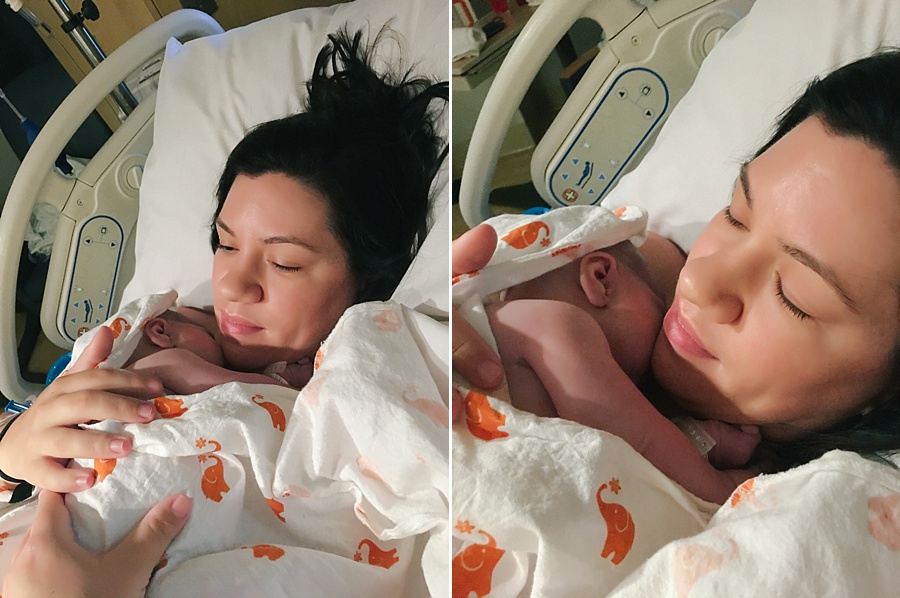 They took Abigail away for a bit, but it really felt like no time at all had passed before they had her back in my arms skin-to-skin. I had a few blissful moments with her while I took in the newness of this little human and how much I immediately loved her before one of the nurses came over and explained to me that Abigail had gotten stuck in the birth canal and broken her collarbone. Her breathing was cut off while she was stuck for a full minute and a half. If I hadn’t pushed her out right when they started yelling at me, I would have had to be rolled in to have an emergency c-section and even then, we could have lost her. This condition is called shoulder dystocia and only occurs in about 1% of vaginal births.

I’m laying there absorbing this information while I’m holding my newborn in my arms and glance down to notice that she has something on her hands. As I observe a little more closely, I recognize it as a small additional finger attached to her pinky fingers, one on each side. I ask Matt what it is and he asks our midwife. Turns out, Abigail also had postaxial polydactyly which sounds like a dinosaur, but it’s not. That, I will get into more in a separate post.

When we checked out of the hospital, we left with a baby who had a swollen head from the loss of breathing, a broken collarbone wrapped into the cutest little baby brace and two extra mini-fingers. Our girl had been through so much already, but I loved her and didn’t care about any of it as long as she would be OK. And she is! Her collarbone has healed and she, fortunately, doesn’t have any nerve damage. She’s a tough little cookie and noticeably more cautious than Karis ever was as a baby. It’s interesting how events like that, that we won’t even remember, can shape us into the people we will grow into. 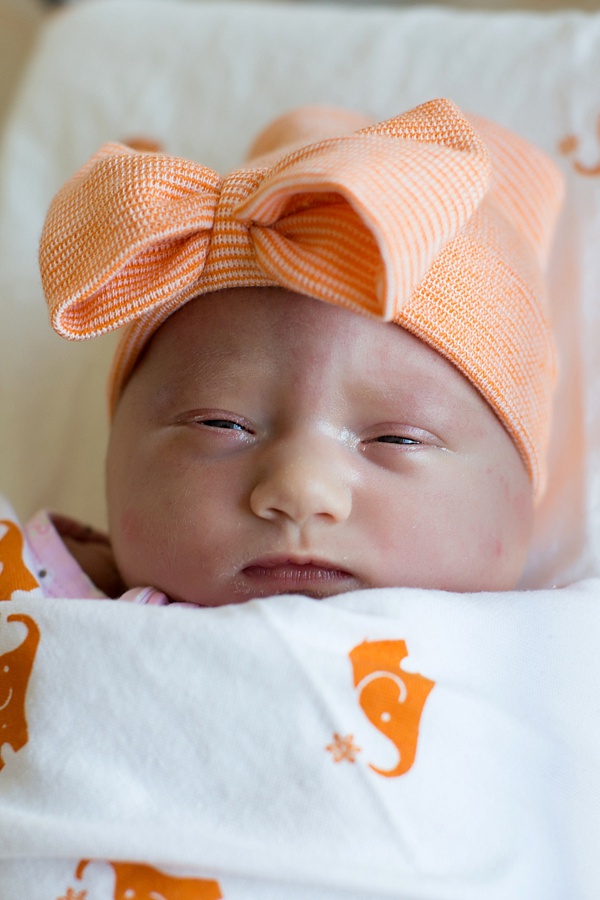 Dear Michelle, I both laughed and cried as I read both part #1 and # 2 just now. I am so pleased that you and dear Abigail made it through such a hard time. I am so glad you had Matthew there to encourage you. May God bless this family of 4 and I am looking for the “rest of the story”. Love Grandma Martha

Thank you so much!