This has been a long time coming, and I even thought about giving up writing it altogether. But I wanted to write Abigail’s birth story, despite how mom-blog cliche that might be, especially because I didn’t do it for Karis. I do remember every detail of Karis’s birth though, so maybe that will be another series. I don’t know though; I’m pretty bad about blogging consistently.

I became inspired to write Abigail’s birth story because my labor with her was at least a thousand times worse than it was with Karis. I didn’t think much about writing Karis’s because everything went so smoothly, I was thinking – what’s to write? I gave birth to a 7-pound baby with no complications. The end. Of course, it wasn’t that simple but when compared with Abigail’s it certainly seems like it.

I was two weeks late to the day with Karis. I probably would have been even later had the hospital let me. I was determined to go into labor without being induced, as if I have a real say as to when I go into labor naturally, but my OB assured me it wasn’t a good idea. So, we scheduled a time to head to the hospital exactly two weeks from my due date should I have not gone into labor by then. From the beginning of my pregnancy with Abigail, my OB constantly reminded me that if I was late with my first, I would most likely be late with my second.

“Women who are late tend to always be late,” she said.

Meanwhile, the rest of the people in my life pretended to be doctors all with opinions of their own. “Nah, I bet you’ll be early this time.” “And your labor will probably be way quicker!”

To all the people who told me those things – I hate you.

Well, not really but I am upset with you because you really contributed to my getting my hopes up. 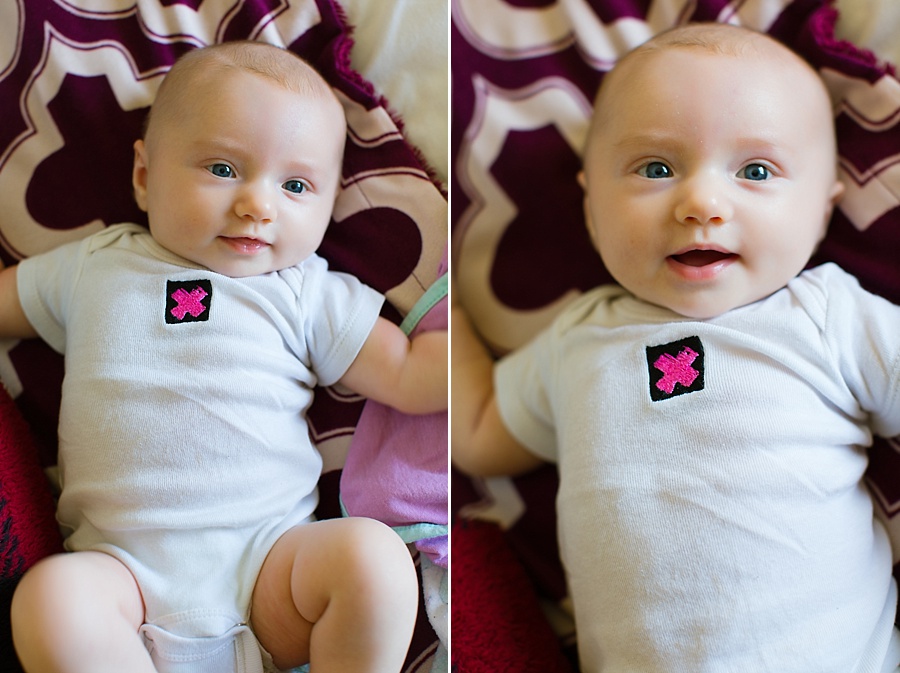 This time, I scheduled my induction to be at one week past due because I was so incredibly uncomfortable. To preface, I am not a pleasant pregnant person. I am also not one of those women who adore being pregnant.

“Don’t you love experiencing that magical time because human life is growing inside of you!?,” other women would ask me.

No, I don’t. Being pregnant sucks, and I’m not going to let anyone convince me otherwise. Both times I’ve been pregnant, I was terribly swollen from about 25 weeks on. As I write this, I am six months postpartum and still can’t fit my wedding ring back on finger yet, nor can I fit into any of my old shoes. My hair is still greasy at my roots which is a symptom I was so frustrated with while I was pregnant with my first daughter that I probably spent an entire paycheck on various shampoos, hair masks, treatments and so on. I learned the trick the second time around though – baking soda.

For both of my pregnancies, I also experienced insane rib pain in my upper right abdominal area. With Karis, I thought I might have pulled a muscle but after asking my personal trainer, chiropractor and OB, they all couldn’t really understand why the pain was occurring. Once I had given birth to Karis, the rib pain went away almost immediately. At that point, it was obvious it had to do with the pregnancy itself. It’s nuts the difference in the amount of information on pregnancies in the span of two years from Karis’s pregnancy to Abigail’s. Once I started experiencing the same pain during my pregnancy with Abigail, I looked it up online and, where there was a complete lack of information on the topic last time, there was a plethora of opinions, studies, and experiences this time. I found out the rib pain comes from the abdominal muscles and the rib cage rapidly expanding to make room for the internal organs shifting and the baby. This can occur more commonly in shorter women with smaller torsos. Being that I’m a short 5’2″, this made complete sense and is, unfortunately, just something you have to deal with until the baby is born.

Another fun thing I experienced during the last two months of my pregnancy with Abigail was PUPPPs or pruritic urticarial papules and plaques of pregnancy. By the end of the pregnancy, the itching was so awful it was getting even harder to sleep at night combined with my 6 or so visits to the bathroom to pee. Needless to say, I was in much more of a hurry this time to get to the hospital and give birth to the monster who was causing all of this. 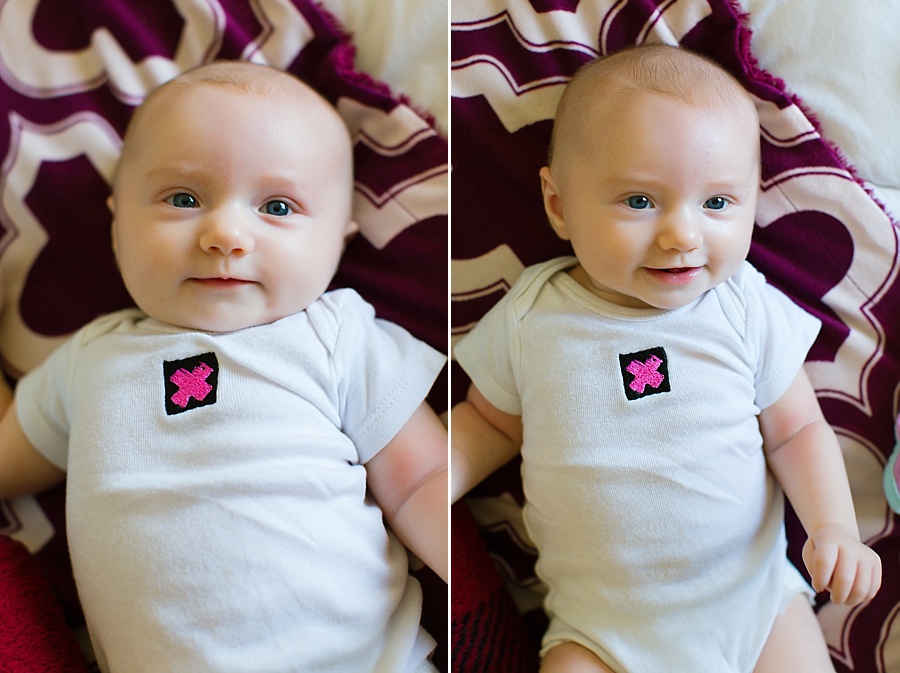 Only, I didn’t get to go in when I was scheduled to be induced because the hospital was too full. We were told to call a couple hours before we were intending to leave to let the staff know we were coming. On the phone, they told me a lot of women in the area had gone into labor and they were overbooked. So, I could have gone in anyway, been induced and labored in the triage with other pregnant women sharing the room with me, or I could wait and they would call me when a private room became available. We decided to wait and did so for a full two days after we were supposed to go in. In the grand scheme of things, two days is nothing, but when you’re uncomfortably pregnant, two days feels like months.

When they finally called me in and we got settled into our room, the first thing our nurse did was checked to see how dilated I was. Turns out, even though I was almost two weeks late, I was about as dilated as Matt was. OK, maybe a bit more. Either way, it became clear we had a long way to go.

I told them that the prostaglandin gels worked really well with my labor for my first daughter, so we started with that. If you aren’t aware, prostaglandin gels are given in three rounds. After they issue the first round of gel on your cervix, you have to sit still for an hour to allow it to settle in and get working. Then you’re told to get up and walk around for about an hour. The same routine is to occur with rounds two and three, so by the time you’re done with the prostaglandin gels, 6 or so hours have passed. After those 6 hours, we were still getting nowhere cervix-wise but I was most definitely contracting! And I was feeling it too. For the activity portion of the last round of gels, I opted to hop in the shower and bounce on the bouncy ball. It helped me deal with my contractions quite a lot, but by the time the nurse told me I needed to get back out and get checked again, they were coming in full force. Unfortunately, I was still contracting inconsistently and my cervix was still very thick. 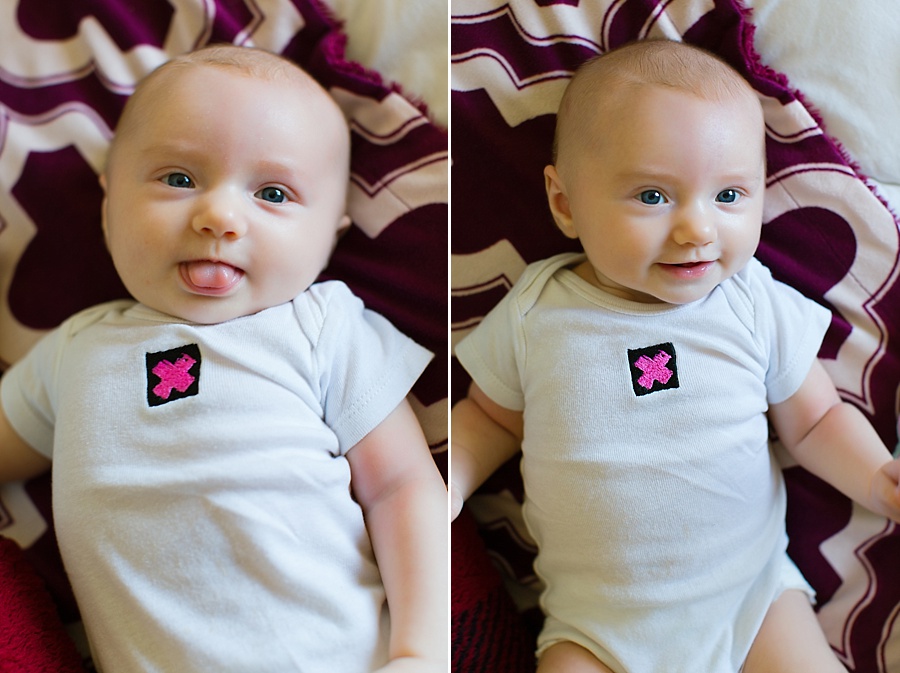 Next, I was given an oral pill to take that can also help to ripen the cervix. I honestly don’t remember what the pill was called. After taking the pill, you have to wait about 4 hours to see if any changes are going to occur so we settled in for another long ride.

I just realized how insanely long this is and so…to be continued.

Nooo! I was just settling in and getting into the e birth story when it ended. I love birth stories ! Im sorry things went worse the second time around. That is no bueno? And yes, pregnancy does suck so bad! I hate all those women who “glow” and love pregnancy???